As it’s pretty hard to write an introduction to this type of thing I thought I would leave it this time and just get started with the good stuff, the music. We’ve got great new albums that explore gorgeous techno, blissful ambience and rock n’ roll excess from the likes of Illum Sphere, Kaito, Perc, Maximo Park and many more. We’ve also got a few middling releases that give me ample opportunity to vent my righteous rage. Result all round, I guess! By JOHN BITTLES This month we’ll start with Too Much Information by jerk-rock purveyors Maximo Park. While it’s true that most of their records sound as though they only exist to whet the appetite for their live shows, Too Much Information finds the band in pretty sparkling form. Give, Get, Take is a great pop-punk opener that immediately gets the adrenaline flowing and the blood pumping in anticipation of what is to come. What follows are 10 more tracks of heartfelt rock with an intelligent almost intellectual edge. Unbelievably, the record has been criticized for being ‘too wordy’ which, for me anyway, illustrates perfectly all that is wrong with rock music journalism today. Brain Cells sees electronic elements incorporated into their trademark sound while Lydia, The Ink Will Never Dry could almost be Morrissey in its sentimental pretensions. After a raft of boring, and disappointing rock releases it’s refreshing to hear a band not afraid to wear its heart and its intelligence on its sleeve. Speaking of lacklustre rock music, this February also saw the release of the debut album from psych-rock pretenders Temples. While bands like The KVB, Toy and The Horrors have taken psychedelic rock and have given it a gritty fucked-up edge, Temples present a sanitised and overly polite version that turns this exciting and dynamic form of music into an MOR radio unit shifter. Sun Structures does have occasional moments of substance though that almost make you put your cynicism aside; Mesmerise has a quaint 60s vibe, while The Golden Throne recalls the majesty of early MGMT. Your young sister who has just discovered The Strypes will probably like it! For everyone else though, handle with care! After a rather uninspiring run those lovely people at Fabric have rather wisely persuaded Mr Move D to mix number 74 in their ongoing series. And if warm emotive house music turns you on then this is definitely the album for you. Long, languorous tracks merge beautifully to create something that reminds me of the lush deep sounds that can be heard in the basement of Glasgow’s Sub Club. Tracks by Roy Davis JR, Juju & Jordash and Smallpeople contain more than enough bounce for the dancefloor while taking the mix to ever more stunning heights. Almost as good as his cover mix CD for Groove Magazine a few years ago, it’s a joy to listen to a mix that isn’t simply bish, bang, bosh. Thoughtful and intelligent, this is the type of dance music that makes me glad to have feet! Another mix that is well worth having in your empty, miserable life is Dark Was The Night which has been lovingly put together by Sub Club regulars and sonic alchemists Optimo. Taking tunes from such disparate bands as Grouper, Carter Tutti, Silent Servant etc and seamlessly joining them together into a coherent whole is downright genius, not to mention funky as hell. At times druggy sounding, at others slamming, the mix proves to be a very difficult beast to pin down. Taking in electronica, acid house and Berghain-style techno Optimo’s selection constantly has listeners on the edge of their seats eager to discover what fucked-up sound is gonna come next. A terribly good thing in anyone’s book! Far more sedate and bedroom-friendly is Minutes of Sleep the second full length by the extremely talented Francis Harris. Anybody who thinks all electronic music is cold and unemotional should have a good listen to this for proof that machines really do have souls. Containing 11 songs created after the death of his mum the album, understandably, has a mournful air. Instrumental tracks such as Dangerdream and New Rain feature a gentle pulse that worms its way into the heart and brain. The few vocal tracks which are scattered throughout also work extremely well though with You Can Always Leave and Blues News lifting the whole affair and giving the record a warm emotional feel. A truly great album to help you through the rainy days! Also in a mournful down-tempo vein is Ghosts of Then and Now, the debut album by blog favourite Illum Sphere out now on British beats institution Ninja Tune. Coming from an almost dubstep angle tracks like Sleep Runner recall John Carpenter in all his synth-like pomp. Hints of jazz, dub and trip-hop collide majestically to quietly devastating effect to create an album that is an aurally indulgent listen, yet wonderful all the same. Play this in a club and people will dance! Play it to your mates and they will think it’s cool! Play it to your Granddad and he’ll tell you it’s shit! An early runner for the worst cover of the year (yes, it really is that bad) is the self-titled debut album from Poemss. Thankfully though the music contained within more than makes up for the garishness of this image. Out now on the ever excellent Planet Mu Poemss is a fruitful collaboration between Joanne Pollock and Venetian Snares’ Aaron Funk. Gentle and dreamlike the album’s tracks combine to create a deeply mesmerising head-trip. Spooky, trippy and just a little bit beautiful you could do an awful lot worse than allowing this record into your life. Listening to Less Time Until the End, the ambient accompaniment to Kaito’s previous album Until The End Of Time it is almost possible to feel time itself stop. Opening tracks Smile and I’m Leaving Home conjure imagines of warm sunny days and a better world where there is no stress and everyone has a relaxed air. Kaito is a master producer who is able to wring every last piece of emotion possible from his machines and this may just be his best album in years. Creating an overall impression of ethereal ambience with such a warm heart that some tracks could cause a grumpy swan to swoon the album deserves to be so much more than mere background music. In a perfect world all ‘chill-out’ music would sound like this! 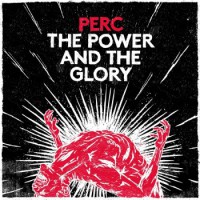 If some cavernous industrial techno is what you crave then head straight over to Perc and The Power and the Glory, his second album of extreme noise. Opener Rotting Sound tells you all you need to know as almost ambient washes get swept away by disquieting samples and fucked-up sythns. When the beats finally erupt on the album’s second track Speek it is a truly glorious thing and simultaneously leaves the listener feeling euphoric and unsettled. This is not a record for beginners! You need to search and probe before the tracks reveal their aural delights. Easy listening this in not! Yet tunes such as David & George and Bleeding Colours positively throb with righteous anger and indignation at the state of the world. All of which make this a great listen for sonic explorers everywhere. More paranoid techno can be found in Churches, Schools and Guns the second album by Stroboscopic Artefacts boss Lucy. Ploughing a path towards icy ambience with IDM principles the record isn’t afraid of the odd explosive sonic eruption where everything descends into a barrage of disorientating bleeps and beats. Laws and Habits will have you shuffling a little groove and wishing you could find a club that plays this type of shit. In contrast Leave Us Alone and The Self As Another are intense and paranoid in the extreme. Album closer Falling has a welcome sedate feel, perfect for coming down from the previous storm. All in all the record is a mind-expanding trip that overwhelms the listener with a beautiful volley of sound. Yet more noisy goodness can be found in the self-titled debut album by London-based band Cheatahs. Merging strong elements of 90s grunge with the widescreen appeal of shoe-gaze, the band create a disorientating sound dynamic that has you punching the air in delight one moment and pondering the reason for existence the next. Mission Creep could be Dinosaur JR while elements of MBV, Nirvana and Sonic Youth can also be found among the album’s many gems. You don’t get many rock albums that are sonically surprising these days which makes this a record to treasure for many moons to come.

And to think we never had time for: All Love’s Legal by Planningtorock – the sound of a left-wing nut-job ranting at you for an hour. But with the occasional funky beat, Death After Life by Thug Entrancer – a dynamic deconstruction of techno that’s just a tiny bit dull, the Wilde label 10 year anniversary comp Wilde Liebe – with tracks from the likes of Ian Pooley, Christian Prommer and Tiefschwarz it would be hard to go wrong and The Ambient Parks compilation from New Kanada that features some gorgeous ambience guaranteed to stimulate the mind.

Oh, and I should point out that the Morrissey in the title of this piece isn’t the famous singer but my next door neighbour’s cat. A real connoisseur of aural delights!

A Discussion on the Theory of Love with Dansor

Music | Bittles’ Magazine: The music column from the end of the world Dansor is an artist who isn’t afraid to explore or experiment. Originally from Hungary, but now based in Holland, Dansor (real name Anett Kulcsar) is a producer never content with presets, the obvious, or simple four to the floor. By JOHN BITTLES PDF erstellen